Life Itself
On Katalin Rényi 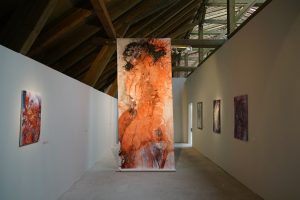 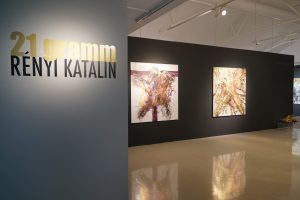 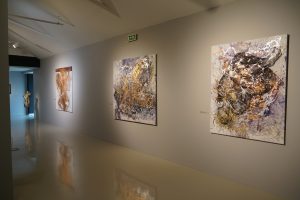 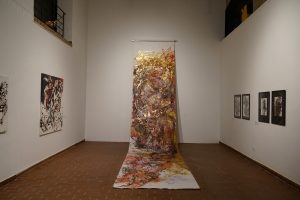 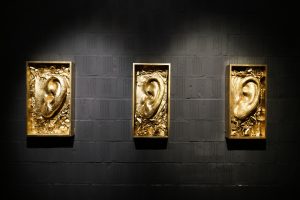 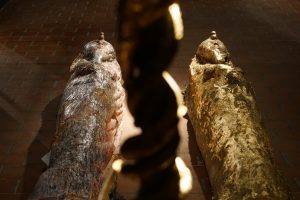 There is no culture known to history in which the soul does not play a defining role. According to the Christian view, which has served as the foundation of Western world, every human being is made of three parts: body, mind and soul. While the flesh belongs to an ephemeral earthly existence and the mind is the medium of transcendence, the soul makes it possible for the former two components to manifest together as the self. In this sense, the soul is life itself. As it is written in the Book of Genesis: “And the Lord God formed man of the dust of the ground, and breathed into his nostrils the breath of life; and man became a living soul.” (2:7) According to Christian belief, upon death, the soul separates from the body: it departs and takes wing, like a bird abandoning its cage. The soul of a devout person desires this ascent even while alive: “As the hart panteth after the water brooks, so panteth my soul after thee, O God.” (Psalm 42) But not all souls will make their way to the Lord: Archangel Michael weighs the souls of the dead on his scale of judgement, and the damned will be sent to hell.

This act of weighing by the angel – who is depicted with wings but in human form – may appear like a human gesture, but it is not at all that. The final weighing of souls is not part of the human world. While it can be rationally grasped, it belongs in the dominion of faith, not reason. Similarly, while God’s existence can be explained rationally – and we know of countless lines of thought to that effect, from Bonaventura to St. Thomas Aquinas – it can only be accepted through faith, which falls outside the realm of reason. Modern humans, however, are rather fond of interpreting phenomena from a scientific perspective, even when the required empirical foundations are lacking. At the dawn of the 20th century, one of the premises of the pre-Einsteinian worldview was that all existing things necessarily possessed certain measurable physical parameters. This was most likely what prompted American physician Duncan MacDougall to attempt to measure the weight of the soul, as it leaves the body. He placed his terminal patients on a special scale, which, immediately following the moment of death, showed a measurable difference in bodyweight. In his study, published in 1907, he specified this change in weight as a loss of 21 grams, which, in his interpretation, is the weight of the soul, as it leaves the body. After his experiments with animals failed to produce any measurable results, however, he arrived at the conclusion that only human beings possessed a soul. Even though MacDougall’s findings were never taken seriously by academic science, their impact was nevertheless immense (from the German existential philosophy of the thirties to modern esoteric views). His, to say the least, ethically questionable experiment was later repeated by a number of scientists, the best known example being Konstantin Korotkov, a physician from St. Petersburg, who used a so called bioelectrographic camera to record the image of the departing soul, in a manner somewhat similar to aura photography. All these results – regardless of their scientific foundations, or lack thereof – became a topic of fascination in the world of art as well, especially since the soul had always been among art’s central subject. After the turn of the millennium, the topic rose even further interest in popular culture, which was probably due in part to Alejandro González Iñárritu’s widely popular feature film, 21 Grams, released in 2003.

The subject of the artworks is always the soul or a transcendent experience –
sometimes a mystery – related to it. In each and every case, Rényi’s work points beyond the material world. This is a question of artistic faith and choice.

Believing in what is beyond the rational – that is to say, in miracles – and
choosing this belief, or faith, as the objective of artistic expression must be more than a mere whim; something like that can only work if it is one’s vocation, one’s life calling. And that is certainly the case with Katalin Rényi. The gold that appears in her paintings, as an imprint of celestial light, indicates the role of this solar symbol. The glowing black we often encounter in her works represents the absolute, and – by invoking the colour of coal – also symbolizes cleansing by fire. Finally, white signifies not so much purity as absence –a state of “unfilledness”. Momentariness appears as an emphatic element in Rényi’s works. In moments thus conjured,
however, some imprint of eternity is always present. Her aquarelle painting, in case of her unusually large works, points beyond the quality of adventitiousness that otherwise characterizes the genre. The fragility of her paper objects – human and animal torsos, captured moments – not only evokes feelings of vulnerability about existing in the material shell that is our body, but also points to the relativity of time, or, more precisely, the moment as measured against eternity. Her works
involving encaged elements – through the notion of the captured bird – invoke the notion of the soul’s desire to escape. In this artistic universe, the trauma of life’s end is, by necessity, dissolved in the meaning—generating manifestations of sacrality.
Rényi’s works done in colour ink are soul-drawings, whose casual eccentricity and overspilling spots of ink appear almost to have been born of a desire for salvation, suggesting that the paths are many but they all lead to the final hours. This is also symbolized by nature, and especially the fate of trees, which is one of the defining motifs of Rényi’s art. Decay – just as petrification – is a kind of transformation of essence: matter returns to an earlier state.

Some works show anthropomorphic characteristics. Rarely, even a human figure or body part makes its appearance, but always in spoilt form. In Rényi’s artistic universe, the human being that exists in the body is no crown of creation, but a being subjugated to God – an interesting speck of dust. The beauty of human beings is ephemeral, their strength is relative. They lose their bloom, like flowers; they turn yellow and brown, like autumn wheat. The inspired quality of Katalin Rényi’s art originates from this humble acknowledgement – and, without exception, always leads us back to the sacred. To the soul, which, in this vain human world, only amounts to 21 grams – but is, nonetheless, overly burdensome for many.